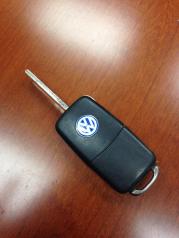 I can say, with 100 percent certainty, I got lucky this weekend. And no, not that kind of lucky, you dirty birds. The kind of lucky that makes you so grateful you want to fall on your knees and cry.

It all started last week, when I told my new friend Becca that William was going out of town for the weekend.

“Have any plans for Saturday night?” she asked.

“Coming to your house for dinner?” I responded. “Blink, blink.”

“Absolutely, come on over.”

This was a truly coveted invitation as Becca and her great husband Rick are excellent cooks. As such, when I arrived at their home I felt hungry and bubbling with happiness. In parking my car, I noted their driveway was on a considerable slope that led downward toward a forest. Knowing I would be backing out in the dark, I parked high up on the slope and went inside to meet my friends. Rick had put together an incredible Thai-themed, five-course meal and, a few minutes after I arrived, asked Becca and I if we could pick him some Thai basil while he grilled the chicken satay.

It was in so doing that I heard a loud crash. Not like a “whoops, I dropped a plate” crash, one that sounded rather weighty and worrisome. As we ran toward the sound, we saw that my car had slammed into the forest and emitted a sireny wail that, frankly, I didn’t know it was programmed to make.

“The slope must have been too much for the emergency brake to handle,” Rick concluded, and I ran to get my keys to try to back out the car. In its descent, though, it had partially driven off the driveway, causing one rear wheel to be two inches above the pavement. As I tried to back out, this wheel had no traction and the car couldn’t move an inch. We also noticed that the side of the vehicle was pinned against a tree, meaning that if I were able to back out, the tree would clip off the side-view mirror.

New plan: Since it was already getting dark, we would call a tow truck in the morning and I would drive home in one of their cars.

How did I feel at this point? Keenly aware that my car was probably badly damaged. Also, keenly aware that I had not only kind of invited myself over, but was now likely the most high-maintenance dinner guest they’d ever had.

But the night proceeded and we ate and laughed and had great conversations. When it got late, I jumped in their car and got home just fine.

Until I realized I had no way of getting into the house because the garage door opener was still in my broken car that sat helpless half an hour away. I walked around the house, checking all the doors with a growing sense of panic. Because I was alone for the weekend, I knew they’d be locked and, yep, they were.

Now I was forced to call the husband in the middle of his vacation in the middle of the night and ask him for the code to access the super-secret key. Luckily, he answered and, luckily, the little lock box that contains the key popped open for me.

So, perfect, I was in the house safe and sound. Crisis averted.

The next day, Rick texted me that the tow truck was on its way. An hour later, Becca reported the car had emerged from the wreckage virtually unscathed. Somehow the car must have rolled very slowly down the hill, so that when it hit the tree, it was more of a bump than a bang. Also, Rick and the tow truck driver were able to angle the car out, saving the mirror.

At this point? Keenly aware that it would absolutely not be OK for me to lose this key.

That’s when I looked outside and realized I had walked around the entire house in the dark. In an effort to put the key in my purse, I could have missed and dropped it into the lawn or mulch. It could be anywhere.

Now unable to swallow, I headed to the location of the super-secret key lock box. I’m not going to tell you where that is, but I will say it involves crouching on some mulch. I looked down at the mulch and there was nothing. I swept my hand over the surface, thinking maybe the key had dug its way in as I stepped away.

After I re-searched the house and the car and my purse and the garage, I realized it had to be in the mulch. But when I had swept my hand over the mulch in an attempt to unearth it, maybe instead I had covered it up. So I sat outside picking up each nugget of bark and adding it to a growing pile.

At this point, my eyes were darting in so many directions at once, I’m not sure if I would have seen the key even if I’d found it. After 45 minutes of this, I realized this was futile. Who was to say the key would even be in this pile of mulch? Maybe it was the most likely place, but it could be anywhere in the yard.

I was just about to text my, a) new friends who, b) had lent me their car after I, c) crashed into their yard, while they, d) cooked an elaborate meal for me, the person who, e) had invited herself over. Yes, I was about to text them to tell them, f), yes f) and forever after f), that I had lost the key to their car, when I thought maybe, just maybe the key had fallen out of my hand and landed in the cuff of my jeans. That this cockamamie idea seemed feasible should tell you how desperate I was at this point. I turned those jeans upside down and out fell the key. I had only checked the back pockets of the jeans. Not the front. No, not the front, dear readers.

So when I say I got lucky this weekend, I sure hope you believe me now. Lessons learned? Never invite yourself to dinner. Always park in first gear while on a hill. Never lose sight of someone else’s car key. And never forget how lucky you got.