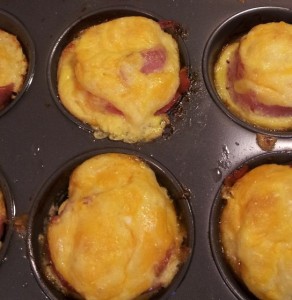 When I was writing about coupons, recipes and living the life of a good housewife last week, it reminded me of my own education in home economics. I hadn’t thought of those classes since, mmm, the minute they ended, but I did realize last week what an unusual nightmare they were.

Although you’d think they’d be all about cinnamon and the comforting hum of sewing machines, alas, they were not. My home economics teacher was the meanest teacher I’ve ever had. For the past week, I’ve tried hard to remember her name and have finally accepted that, out of sheer PTSD trauma, I must have blocked it out.

I feel, though, that she had a hard English name. Like Mrs. Sharp or Mrs. Cleaver or Mrs. Hardass. It was something uncomfortable like that so, for the purposes of this column, let’s just called her Mrs. Soulkill.

I’m not sure, exactly, why she was always in such a bad mood. It could have, thinking back on it, had something to do with her haircut. Perm in the back, short on the sides, elaborate teased bangs in the front styled with curling iron and Aquanet. She taught me through the three years of junior high, so keep in mind this was 1992 – considerably past the years of the wedged bang. But Mrs. Soulkill, she seemed at once committed to and resentful of her hair. It was a hell of a lot of effort to keep up, but she didn’t know what else to do with it.

But hair issues alone couldn’t have accounted for how unhappy she was. Likewise, it couldn’t only have had to do with the fact that she was in charge of students who wanted to learn how to sew about as much as they wanted a needle in the eye.

I, for one, was at least willing to fake interest in what she had to say if only she’d lighten up on me a little. But even my relentless positive attitude wasn’t enough for Soulkill. She hated her job and she hated all of us too. Every aspect of our training in cooking and sewing was marked by her barking orders. She had every assignment broken down into bullets in a cold-blooded binder and if you skipped a step, boy, she had no mercy.

As part of our home economics training, we were charged with sewing together a tote bag. I tried hard to get excited about this task, telling myself that at least we weren’t just making a bag, we were making a tote, which sounded more jaunty. But by the time we actually got to sewing it, after hours of classroom instruction about the dials on our Singer and the difference between double and triple thread, I went to the fabric store with my mom and chose a blue-grey corduroy exactly the color of boredom.

“You sure that’s the one?” my mom asked, trying hard not to get hives from being in Fanny’s Fabrics.

“What does it matter?” I said listlessly.

Over the weeks (or was it months?) we spent sewing our totes, I made just about every mistake there is to make on a Singer. I messed up the thread so it seized up the machine. I fell asleep with my foot on the pedal so my seam veered off like a car into a ditch. I dropped my binder off the sewing table so hard all the bullets flew (escaped?) out of the rings. With every move, Soulkill let me know with increasing vigor what a terrible home economic future I had in front of me.

And that was just sewing class. After we finished with our lifeless totes, she brought us next door into the kitchens. Readers, I was genuinely excited to be there. I remember looking through all of the drawers and cupboards in my little kitchenette and feeling the satisfaction that comes from domestic economy. There was brown sugar in canisters and eggs lined up like soldiers in our little fridges. Cakes and cookies and eating during class were in my future. But Soulkill managed to pop every last bubble out of that effervescence.

We were tasked with making toast and egg muffin cups. Our binders told us we had to fry up some bacon and ram a piece of white bread into the cup of a muffin tin. Then we had to scramble an egg and pour it into the bread cup. Then we scattered some bacon bits – “Not so many, Miss Kaprowy! Do you want to end up with Ukrainian thighs?” – over the egg. Bake the concoction for 20 minutes and voila, breakfast.

I pulled that cup out with anticipation. Soulkill leaned over me and even she couldn’t find anything wrong with it. I cut into it with my fork and knife like I’d been taught in the chapter on table etiquette earlier that year. And tasted? Bacon and egg and toast. Except shaped like a muffin tin cup, which I’m here to tell you didn’t add any flavor.

Thanks to Soulkill, it was years before I had any interest in either sewing or cooking. In fact, for years I associated both with that feeling you get when you think someone might be staring at you through the windows in the middle of the night.

But this trip down memory lane has taught me an important lesson: Never underestimate the power of a fantastic teacher – or a terrible one.

2 thoughts on “The horror of home ec”