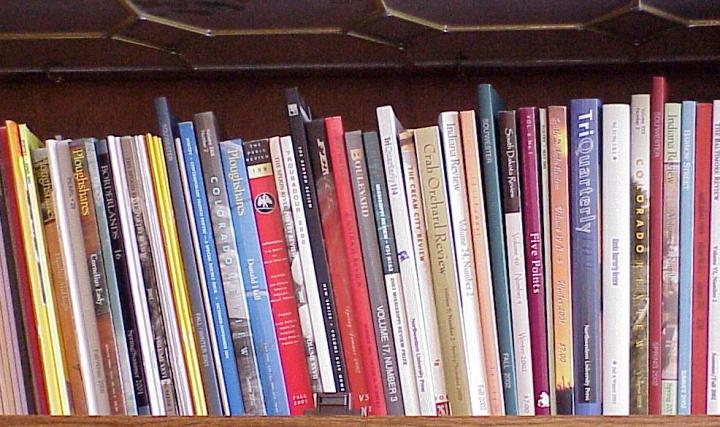 So far this year, I have submitted 16 short stories to 78 literary magazines. I have received 37 rejections. I’ve had one acceptance. My goal is to submit to 100 in 2017, so this afternoon I will submit to two more magazines, whose submission windows just opened.

I’m here to tell you it’s hard, dear readers, it’s a hard thing putting yourself out there like this. Each rejection is a sharp jab in your gut confirming the intense self-doubt that, I’ve learned with time, is part and parcel of being a writer.

My fiction “career,” if you’ll allow me to use that term very, very loosely, started about a year after I left The Sentinel. It was something I long wanted to pursue, but didn’t have the guts or ambition to go for it wholeheartedly. Finally though, my schedule was wide open, my husband was intensely supportive, and I had an idea for a book. One that I thought was good.

So I wrote it. I stuck to a thousand words a day until I had about 100,000. I went back and ditched about 20,000 of those. And then I started reading Stephen King’s book On Writing, which was about how to write a book.

Not exactly the smartest plan, I know, but the only way I could manage it so I wouldn’t freak out and give up.

The same was true for the short stories I wrote. I couldn’t even consider submitting them until I had 10 of them under my belt. It was only then that I dove into my Writer’s Market, which lists all of the magazines (I think in the world) that accepts short stories written in English.

Some of these magazines, they’re pretty intense. Take “Struggle: A Magazine of Proletarian Revolutionary Literature.” This is a quarterly magazine “featuring African American, Latino and other writers of color, prisoners, disgruntled workers, activists in the anti-war, anti-racist and other mass movements, and many writers discontented with Obama and with the Republicans, their joint austerity campaign against the workers and the poor, and their continuing aggressive wars and drone murders abroad.”

Needless to say, I didn’t have much to contribute to those.

Most of the magazines, though, are the products of college and universities and their respective creative writing departments. Most of them will warn you that they receive hundreds of submissions per month, sometimes week, and they accept about 2 to 5 percent of what they receive.

You submit to most of them online, which is very convenient, though it gets to the point where you feel like you’ve got to suit up in chainmail before you check your email. That’s where the rejections arrive, neatly in your inbox, most of which starting out with the words, “Thanks, but unfortunately …”

You get those rejections and you think, “Perfect. I’m terrible. I knew it.” You try to shake it off, but doubt is heavy and wet on your shoulders and you carry it with you for a few hours. I find it nearly impossible to write in those moments, so try to submit to more magazines, mostly to keep the hope alive.

However, when you do get an acceptance — and this has just happened to me twice so far — holy wow, is it fantastic. All of your doubt clears off like clouds and you suddenly see the bright, beaming light of your vision that was always there. You’re so battered from rejection that at first you’re just thrilled that you managed to get someone in the biz to actually read the entirety of your work. Then it sets in that you’ve been chosen, that you’ve broken through, that it’s a little story in a little magazine but it’s something. It’s yours. And you earned it.

So by the end of today, I’ll reach 80 submissions. I’m hoping against hope that at least a few more of them stick by the end of the year. How nice would it be to say I’ve been published three times. Even four. But until then, it’s nose to the grindstone, quill in the ink and wrestling with the blank page.

One thought on “A life of submission”