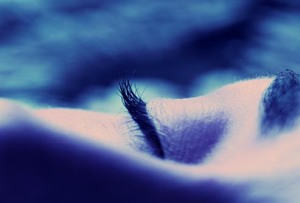 I’d like to apologize in advance for this column — yes, even before I’ve written it — as I’m not quite responsible for myself today. More specifically, I’m laser focused on one goal and am therefore distracted from all other things. That goal? To fall asleep.

The insomnia started after we returned home from a family trip to British Columbia (beautiful, by the way). We flew home on the Red Eye, which allowed us to spend extra time in Vancouver, as well as cut off a few legs and several hours from our journey since they have straight flights from Seattle to Cincinnati.

We arrived in Cincinnati at 6:25 a.m., except it was really just 3:25 a.m. Pacific Time. Nevertheless, I was feeling pretty good. The trip had gone well and a trip with seven other family members, let’s face it, can go either way. In fact, I was so relieved by how well things had gone, I was feeling hyper by the time we got home. Inspired to unpack. Then make breakfast. Then clean the kitchen. Then make my husband talk about the trip until he finally cried Uncle and said he was going to lie down.

By then it was 11 a.m. How did I feel? Not even a bit tired, no sirree. But who would be surprised? I was strong like bull, after all. No Red Eye was going to put me bloody away. All I was going to do was sit on the bed with my book for just a few minutes and read. Because not only was I powerfully strong-willed, I was an intellectual, to boot.

That’s when I fell into the best sleep I’ve had all year. In fact, let’s say Sleep, because It, like a deity, deserves capitalization.

I awoke feeling absolutely delicious, having slept so well my lungs even felt bigger, like I’d been breathing so evenly and deeply they had expanded. I remembered what it was like to sleep this way. Back when I was 6 and my biggest worry consisted of how much I was going to get my parents to play with me.

Then I looked at the clock and realized I had slept for five hours. And we all know what a five-hour nap is going to do to your next night’s sleep, don’t we? A whole lot of that ain’t good.

So, basically, I haven’t slept since. It’s been six days. I say “basically” because I do nod off, usually between 6 a.m. and 10 a.m., but the sleep is ragged. Filled with anxiety-ridden dreams. Requiring frequent reposition. Concluding in being too cold or hot and eyes, when open, that feel like they, margarita style, are rimmed in salt.

Now, I know what you’re going to say. Unless you’ve had a newborn, you don’t know from tired. And you’re right, I truly don’t. How those moms — especially ones with twins, Julie Harris — do it is beyond me. Because being tired, truly so tired that your joints hurt and your stomach feels hungry but hollow, it’s a terrible feeling. More than that, it’s such a wholly pre-occupying feeling. For 19 hours a day, you just can’t think of doing anything but shutting your eyes. And then there are the five hours when you can, but sleep won’t come.

That starts for me at 12:14 a.m. when I awaken and the effort to fall back to sleep begins. Counting sheep, I’ve discovered and as I’d suspected, is completely useless and ridiculous. Nearly insulting, honestly.

So I try to think of the lap of waves or wind in the trees or any of the other sounds that are emulated in my White Noise app. This works for 30 seconds until my mind wanders. Wanders where? Nowhere good. Nowhere interesting or delicious, I’ll tell you that for free.

Instead, it’s: “I need to take the garbage out tomorrow. All of the bathroom trashcans need to be emptied too. I’ll empty them first, then I will take out the garbage after Gabrielle and William leave. Then I will water the plants. The orchid with the new leaf needs an extra ice cube. I need to send the receipt for William’s new phone to his billing office so we can write it off. I need to go through all the mail. I can’t believe I haven’t done that this month yet. There was that letter from the county saying my occupational tax is delinquent. How could I have forgotten about that? Am I in trouble? How do I owe the tax if I don’t have an occupation?”

Eventually, I whip myself into such a frenzy, I have to read or watch TV or look at my phone. On Day Three of no sleep, I realized the phone actually makes things worse. At least with a book or a TV show, there is an ending. But the phone never stops.

Tonight — eight blessed hours from now — I’m going to implement a new plan. I’m not going to let myself do anything except try to sleep. No books, phone or TV. Just eyes closed. I may go crazy. That’s OK. Maybe being crazy will be exhausting and my body will just conk out. Or maybe I will achieve a Zen state that will only consist of wind and waves.

I’m feeling pretty good about my strategy. Now I just need to make it until then without falling asleep. Putting my head down on this hard, wooden desk, which might be more comfortable than it looks. Using this pack of Post-Its as a mini pillow. Perhaps this literary magazine would make a good blanket. This Pandora yoga radio station a pretty lullaby. This ….